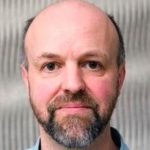 Simon Foxell is Principal of The Architects Practice. He has designed buildings across the UK including houses, schools and offices and in 1996 was awarded the prestigious Benedictus Prize by the Union of International Architects.  In recent years he has worked with schools and local authorities, designing new facilities and advising on development programmes.  He was lead design adviser to Birmingham City Council’s Transforming Education programme from 2007 to 2010.

He is a core member and co-ordinator of the Edge, the built environment think tank, and is on the Green Construction Board’s Routemap group. He is a former member of the RIBA Council and Board and was Chair of both Policy and Strategy and RIBA London region.

His publications include The professionals’ choice (2004) and Mapping London: making sense of the city (2007).  Routledge will publish his A Carbon Primer for the Built Environment in January 2014.