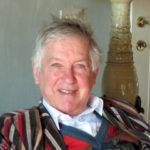 Philip Steadman studied Architecture at Cambridge from 1960 to 1965, and after graduating joined the newly formed Centre for Land Use and Built Form Studies at Cambridge (later the Martin Centre). He worked on university planning, and on people’s use of time in towns. In 1972 he was a visiting research fellow at Princeton University. In 1977 he went to the Open University to join a research group brought together by Lionel March, the Centre for Configurational Studies. He was the Director of this group until 1998. He worked first at the OU on mathematical methods for representing and enumerating small rectangular plans. This led on to studies of the British housing stock, and to studies of non-domestic building types. He has been particularly interested in the relationship of energy use both to the forms of buildings, and to land use patterns and transport networks in cities. From the early ‘90s he worked for the UK government, with a large team, to build a model of energy use in the entire non-domestic building stock of England and Wales, whose purpose was to test policies for cutting CO2 emissions. He has also carried out, with colleagues, a series of studies of fuel use in buildings and in transport in cities using integrated land-use and transport simulation models. Both these programmes of work have continued at UCL, which he joined in 1999.

He has published two books on geometry and architecture: The Geometry of Environment (with Lionel March, 1971), and Architectural Morphology (1983). His study of The Evolution of Designs: Biological Analogy in Architecture and the Applied Arts came out in 1979 and was republished in an updated edition in 2008. He has also written books on energy and the built environment, American  cities, the effects of nuclear attack on Britain, and the painting technique of  Johannes Vermeer (Vermeer’s Camera, 2001). His new book about buildings considered from both historical and geometrical points of view, Building Types and Built Forms, appeared in 2014.

Philip Steadman works primarily on the use of energy in buildings with special emphasis on the non-domestic stock, and has led three EPSRC-funded projects on this subject: ‘Building and Energy Data Frameworks’, ‘New Empirically-Based Models of Energy Use in the Building Stock’ and ‘High-Rise Buildings: Energy and Density’. This work continues in the UCL Energy Institute’s new Centre for Energy Epidemiology, also funded by EPSRC. In the past he has worked on the relationship of energy use to patterns of land uses and transport networks in cities. He was a partner in the PROPOLIS project funded by the EC, whose purpose was to compare European cities in terms of their sustainability. A second theme in Steadman’s research is the geometry of architectural form, on which he has published two books, The Geometry of Environment (with Lionel March, 1971) and Architectural Morphology (1983). His book on Building Types and Built Forms was published in 2014. A third strand in his work is the history of perspective in painting. His book on the 17th century Dutch master Vermeer’s Camera was published in 2001, and has been featured in some fifteen television programmes. It was also the inspiration for a full-length documentary film ‘Tim’s Vermeer’ that was premiered in 2014 and was shortlisted for Oscar and Bafta awards.

3DStock is a completely new kind of threedimensional model of the non-domestic building stock, for use in energy analysis

LUKES, the Longitudinal UK Energy Survey, is a feasibility study and proposal for a major new survey to understand energy demand in the National domestic building stock.