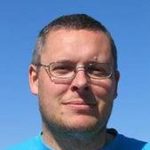 Julian graduated from the University of Sheffield in 1991, with a BSc in Mathematics, and was elected a fellow of the Royal Statistical Society in 1996.

Julian joined the UK Government Statistical Service in 1994. He carried out two roles in the Home Office firstly dealing with prison statistics and subsequently crime statistics.  He was promoted to Statistician in 1999 when he became responsible for producing National Statistics on re-conviction rates and “criminal careers”.

In 2003 Julian changed his focus from criminology to energy, when he moved to the Department of Energy and Climate Change (now the Department for Business, Energy and Industrial Strategy). Here he currently heads the team responsible for energy efficiency, renewables and heat statistics, and has previously compiled energy balances. In 2010 he was presented with a Royal Statistical Society “innovation and development” award for the use of private sector administrative data to produce statistical outputs. Julian represents the UK on two Eurostat working groups, and has had short secondments to Saudi Arabia and Russia advising their Governments on best practice for collection and analysis of energy data.