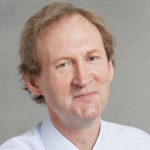 Robert Lowe is a physicist with a broad interest in the field of buildings, energy and sustainability, and in the role of research in the transformation of building energy performance.

Until 2006 he was at Leeds Metropolitan University, where he led the Buildings, Energy and Sustainability Group and directed numerous studies relating to climate change and the energy performance of housing. These culminated in the Stamford Brook Project, the first major field trial of energy efficient housing to be explicitly set up as an Action Research project. This project had a significant impact on the 2006 revision of Building Regulations, and resulted in the first complete characterisation of the party wall convective bypass – a heat loss mechanism that means that party walls lose more heat than external walls in housing built over the last 15 years.

In February 2006 he joined UCL as Professor of Energy and Building Science. From 2004-2009 he was a member of the FMNectar Consortium supporting CLG in the development of UK building energy standards. He led on energy use in buildings and contributed more generally to the Energy Demand Theme of UKERC-2 and was the inaugural chair of the SAP Scientific Integrity Group until October 2014. I

In 2009, with Prof. Tadj Oreszczyn, he established the UCL Energy Institute and now serves as Director. Since 2008 he has been Director of the London-Loughborough Centre for Doctoral Training in Energy Demand. Among other current projects, he is a co-investigator on UCL-Energy’s Centre for Energy Epidemiology. He sits on the Board of BBA, and the Advisory Council of NEF.

Multiple research approaches to empirically determining the performance of domestic heat pumps in the largest European field trial to date (699 dwellings in total).

Previous empirically constructed heat pump load profiles have only been informed by a handful of heat pump installations; here, the RHPP dataset has led to the inclusion of around 600 sites