The Lancet Countdown: Tracking Progress on Health and Climate Change is an international, multi-disciplinary research collaboration between academic institutions and experts across the world. It follows on from the work of the 2015 Lancet Commission.

The 2015 Lancet Commission on Climate Change updated the evidence on how climate change threatens to undermine the last half century of health gains, and should be considered a medical emergency.  Yet actions to tackle climate change could be the greatest global health opportunity of the 21st century.

Achieving a decarbonised global economy and securing the public health benefits it offers is no longer primarily a technical or economic question – it is now a political one. Many mitigation and adaptation responses to climate change are “no­ regret” options. The Lancet Countdown on Climate Change and Health is an international collaboration of researchers, scientists and NGO’s who are tracking indicators on progress of tackling climate change. The UCL Energy Institute is leading the tracking of indicators related to Mitigation of climate change and its Financing.

The Lancet Countdown will aim to develop an evidence base on the relationship between health, temperature, energy use and energy efficiency to help better target policies to achieve multiple co-benefits.

An annual Lancet Countdown 2030 report will be published on the global progress against climate change action indicators. 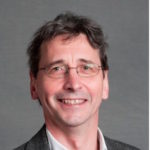 “Maintaining global momentum to mitigating climate change while obtaining health co-benefits is critically important over the next decade. UCL Centre for Energy Epidemiology is delighted to be playing an important role in this new initiative helping to provide data on progress to global mitigation targets.”